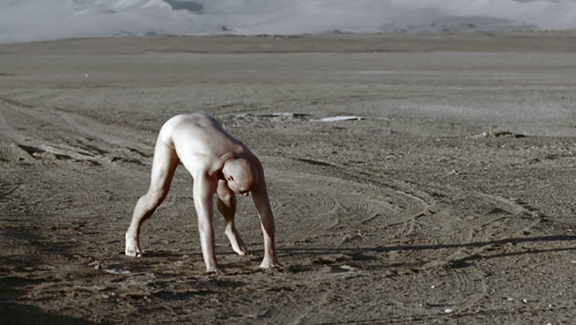 Experimental artist and auteur Andrew Kotting creates a groundbreaking crossover between narrative film and contemporary art piece, based on the award-winning play by Hattie Naylor. The film is inspired by the true story of Ivan Mishukov, who walked out of his Moscow apartment at the age of four and spent two years living on the city streets where he was adopted by a pack of wild dogs. In the recession-ravaged city, Ivan’s human world was dominated by deprivation and violence; his only hope was to turn to feral dogs for company, protection and warmth. Kotting’s spellbinding and utterly original story of survival conjures the streets of Moscow in the 1990s through the eyes of a child, drawing on a range of innovative modes and techniques to produce a montage essay on the state of the world.
Official Selection BFI London Film Festival 2017 – Experimenta Strand – World premiere