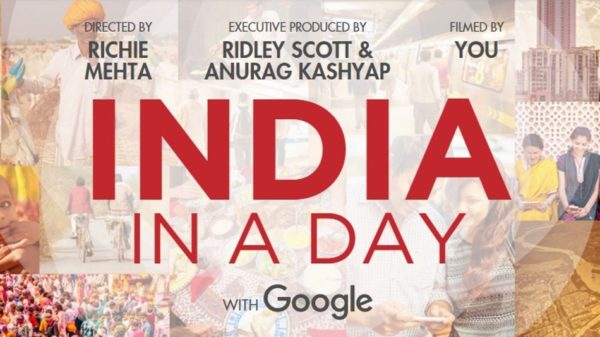 On October 10, Google invited every Indian to come and tell the story of 24 hours in evolving India. India In A Day – executive-produced by Ridley Scott and Anurag Kashyap, directed by Richie Mehta and filmed by Indians- is that story. This first look video, which was previewed during Sundar Pichai’s keynote at Google For India, tells the stories of people whose lives are being transformed by the Internet. The feature-length film will release in 2016.